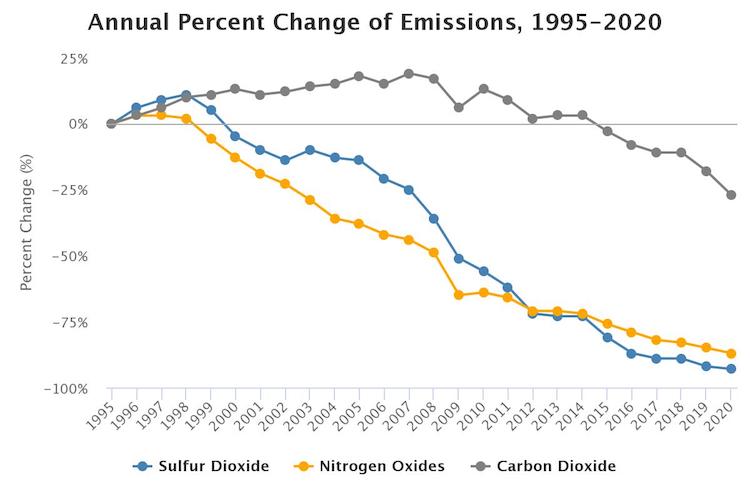 (From the American Lung Association)

Power plants are currently the dominant emitters of mercury (50 percent), acid gases (over 75 percent), and many toxic metals (20-60 percent) in the United States.

(From the U.S. Energy Information Administration)

In the United States, about 65% of total electricity generation in 2018 was produced from fossil fuels (coal, natural gas, and petroleum), materials that come from plants (biomass), and municipal and industrial wastes. The substances that occur in combustion gases when these fuels are burned include:

Since 2000, the world has doubled its coal-fired power capacity to around 2,045 gigawatts (GW) after explosive growth in China and India. A further 200GW is being built and 300GW is planned.

Guide prepared by P. Zannetti (5/2021). For corrections or expansions please contact us.